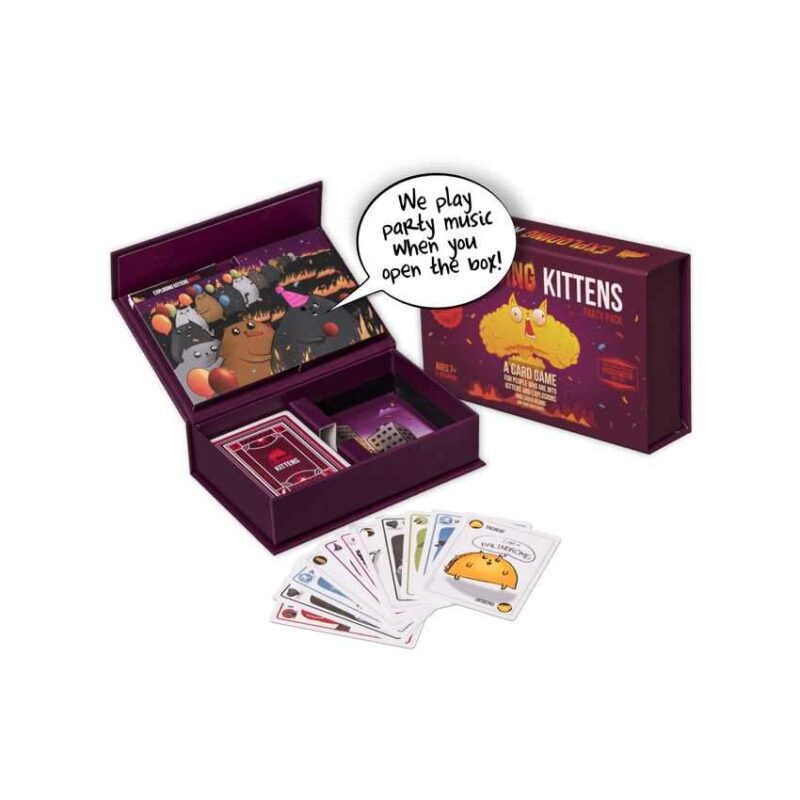 A special edition of the anarchic card game! Features select cards from both Exploding Kittens and Imploding Kittens and includes a new mechanism for balancing the game to the number of players in your party. Box plays party music when opened!

Behind you! An exploding kitten! Welcome to a normal game of the Kickstarter sensation Exploding Kittens! In this card game for 2 – 5 people, your only goal is to not be obliterated by exploding kittens. Sounds simple, right? The players take turns drawing cards, hoping not to draw one of said felines. If a player does, they get eliminated unless that is, they can disarm the kitten. How does one disarm a kitten? With laser pointers and catnip sandwiches what else?!

Numerous other special cards allow you to pass on the cute bombs to other players, take a look at the next card or attack your friends with … back hair. Each drawn card increases the probability of an exploding kitten, which results in quick games of roughly 15 minutes  purrfect for lunch breaks! But be careful, your nerves might not be up to the task ;).

The artwork for the game was created by Matthew Inman, the creator of the famous webcomic The Oatmeal.

YOU PUT THE CARDS ON THE TABLE AND TAKE TURNS DRAWING FROM THEM.

IF YOU DRAW AN EXPLODING KITTEN CARD, YOU EXPLODE. WHEN YOU EXPLODE, YOU DIE AND YOU’RE OUT OF THE GAME. 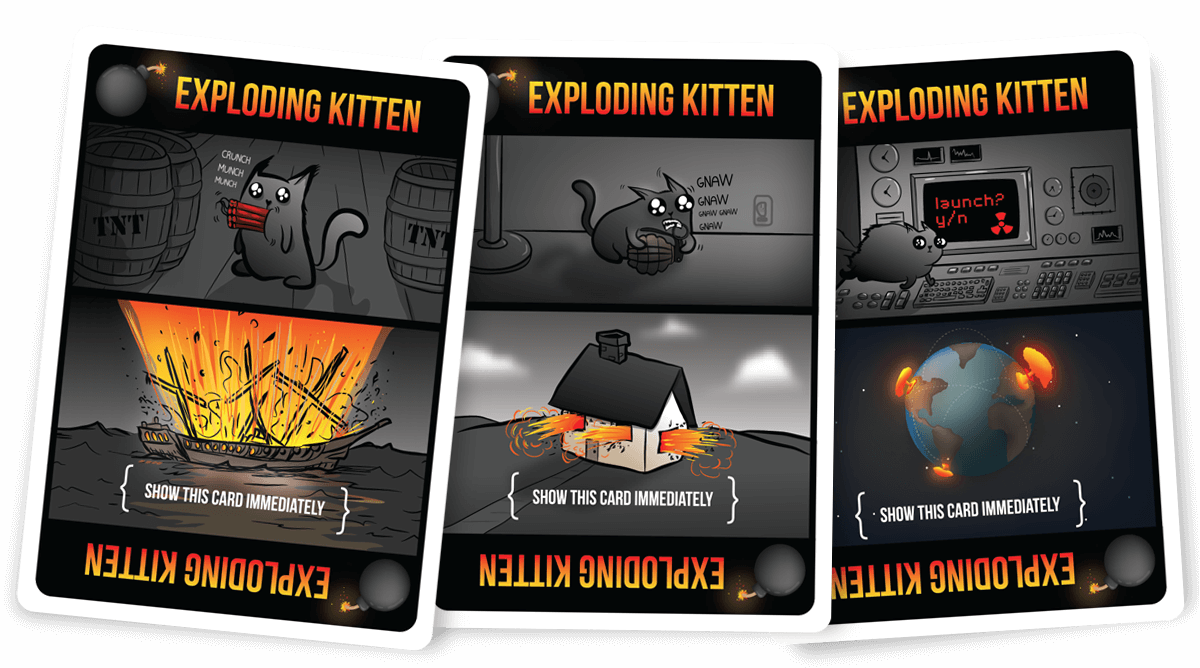 YOU PLAY A DEFUSE CARD, WHICH WILL STOP THE KITTEN FROM EXPLODING USING THINGS LIKE LASER POINTERS, KITTEN YOGA, AND CATNIP SANDWICHES. 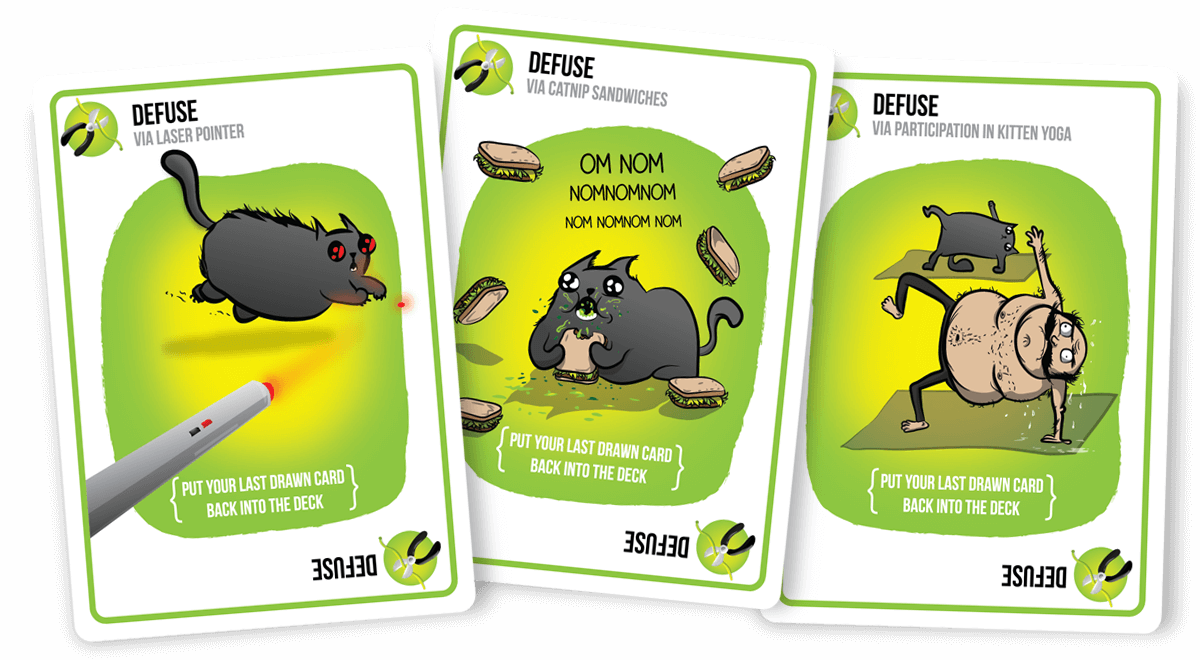 PLAY VARIOUS CARDS TO SKIP YOUR TURN, ATTACK OTHER PLAYERS, PEEK AT THE DECK, OR SECRETLY RELOCATE AN EXPLODING KITTEN CARD. 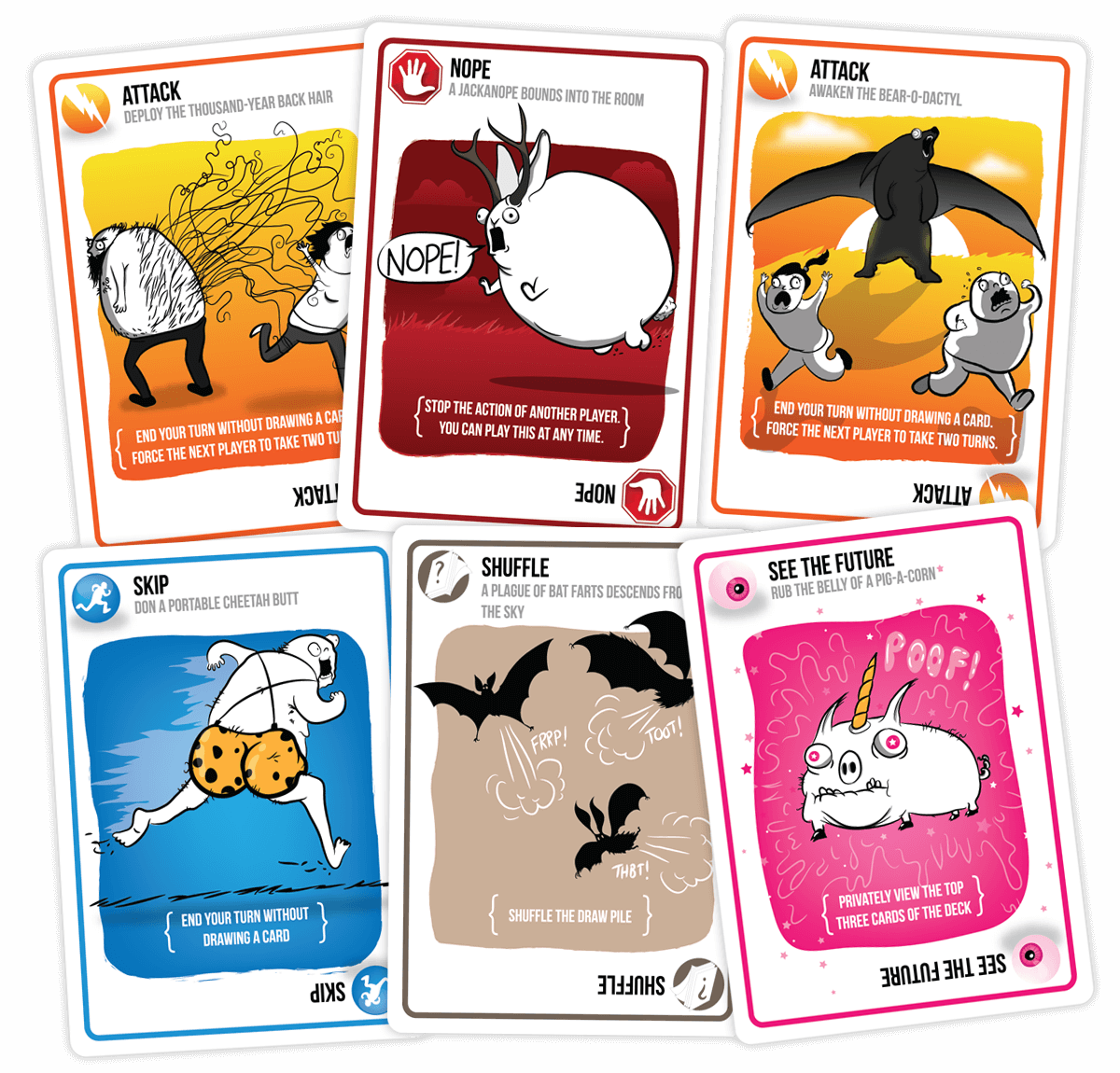 RELOCATING AN EXPLODING KITTEN TO A NEW LOCATION IN THE DECK LETS YOU FORM COMPLEX, FUN, AND CRUEL STRATEGIES AGAINST OTHER PLAYERS.

YOU CAN PLAY CAT CARDS, WHICH ARE DIFFERENT FROM KITTEN CARDS. CAT CARDS ACTIVATE SPECIAL POWERS 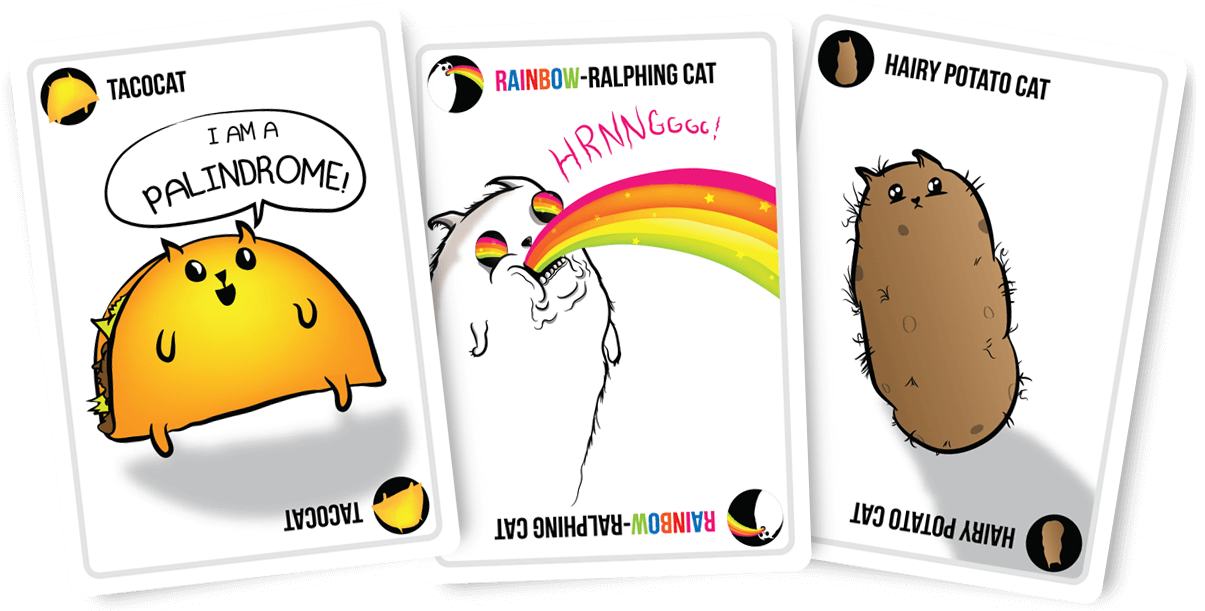 Be the first to review “Exploding Kittens: A Card Game About Kittens and Explosions and Sometimes Goats Party Pack” Cancel reply 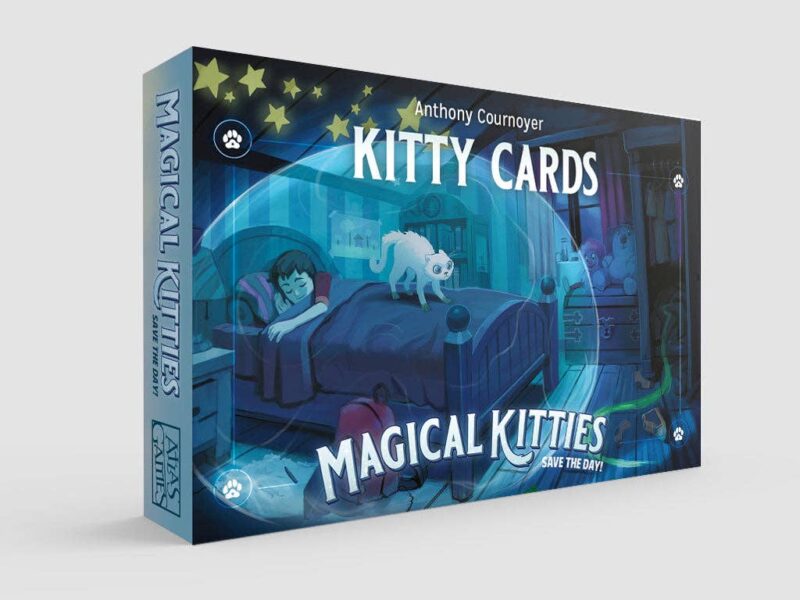 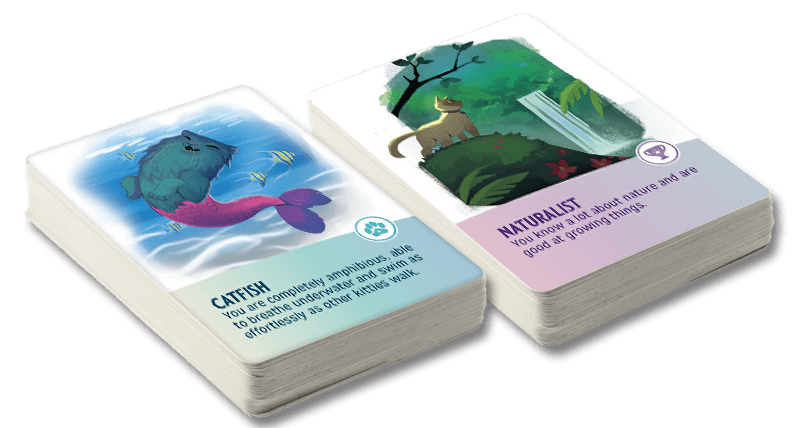 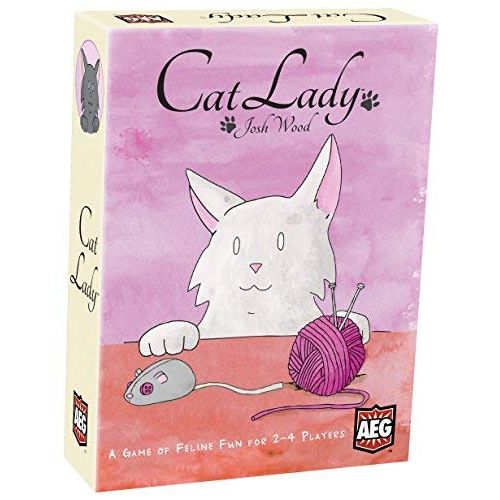 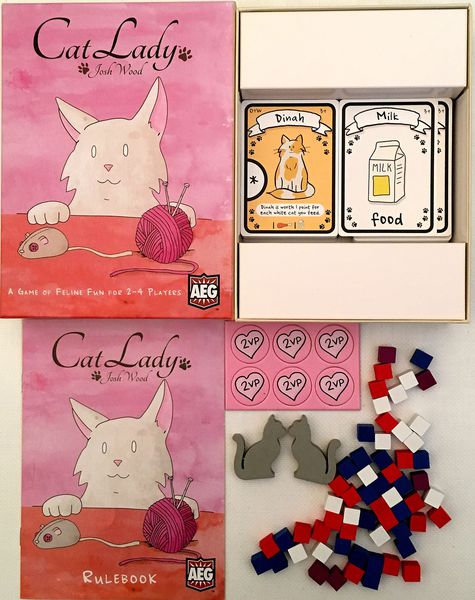 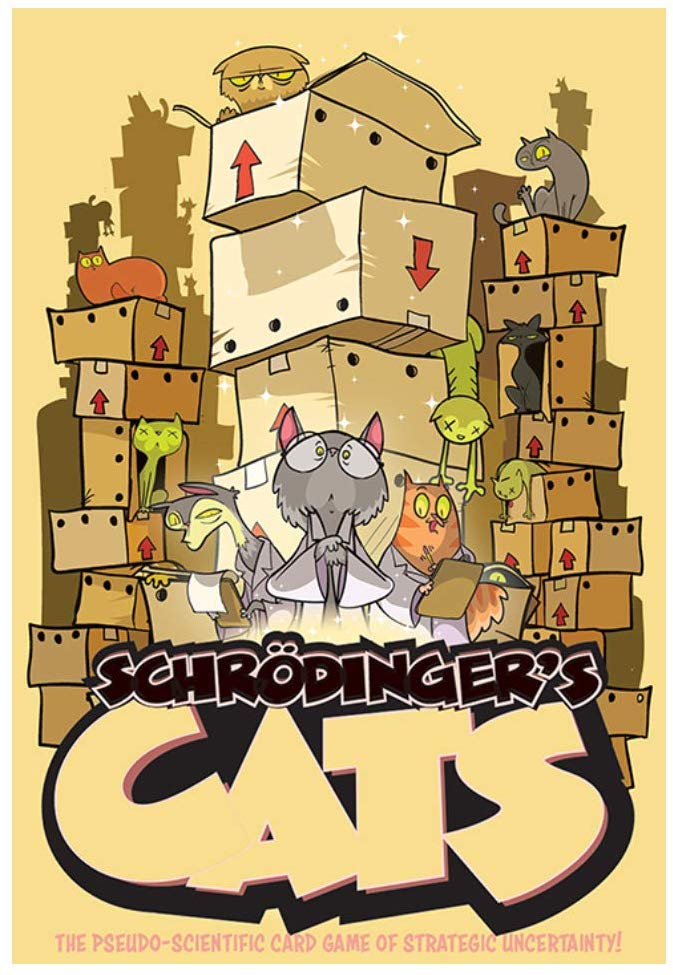